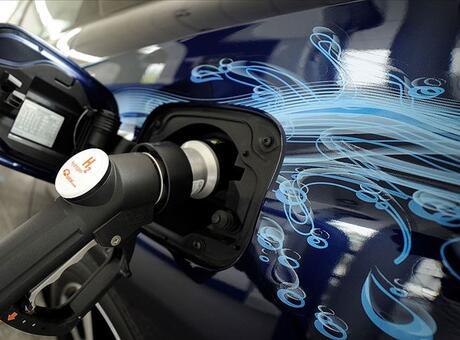 Hydrogen Technologies Association President İbrahim Dinçer, in his statement to AA correspondent, that the new type of coronavirus (Kovid-19) epidemic has accelerated the search for alternative sources, stated that he stands out in the environmental fields.

Noting that organizations such as the International Energy Agency and the International Renewable Energy Agency have increased their forecasts for the future of hydrogen in the energy sector in recent years, Dinçer said, "The main reason for focusing on the alternative that hydrogen can be used as an energy source in recent years can be shown as the gradual end of the oil period. " He made the evaluation.

"Deaths from air pollution are increasing every year"

Pointing out that global oil and energy companies have been in a great transformation since 2017, Dinçer said:

"The oil era is coming to an end. Many countries will ban internal combustion vehicles by 2025. Keeping pace with the change is important for energy companies that want to make profit. For a long time, it will be inevitable to use hydrogen as an alternative in environmental struggles. It was also seen that the quality of human life is related to what kind of energy sources are used. People need clean air and environment. Thanks to the epidemic, the evaluation of hydrogen as a fuel and energy carrier will accelerate. The fossil sources will be gradually removed. "

Dinçer said that deaths from air pollution increase every year, and the most important reason for this is carbon-based fuels.

Emphasizing that an average of 8 thousand people die in the USA, 5 thousand in Canada, 60 thousand in India and 80 thousand in China due to the effect of air pollution, Dinçer said, "Kovid -19 is a clean air for the continuity of human life in the world. The epidemic can be seen as a development in the energy sector that will carry the 'carbon age' to the 'hydrogen age'. First of all, people need clean environment, clean air, healthy living conditions. Carbon emissions must be reduced for clean air. " he spoke.

Dinçer stated that hydrogen should be seen as an option to be used in every field and added:

"People need to see the big picture in the use of hydrogen as a fuel. Our source will be water. When using water, there is no need to use clean water. We purify the water from the environment, chlorine, we can also use the chlorine commercially. From the clean water we obtain, hydrogen, oxygen. We obtain raw materials that can be used in all sectors. This will provide important solutions in terms of energy and health. The carbon-based industry will be replaced by hydrogen, a greener fuel. "

100 million tons of hydrogen production is targeted this year

Stating that 70 million tons of hydrogen produced last year, 49 percent was produced from natural gas and 29 percent from oil, Dinçer continued as follows:

"18 percent of coal is produced from coal and 4 percent of hydrogen is produced from electrolysis processes. The target for 2020 was to produce 100 million tons of hydrogen. By the end of the year, we will see how close we are to this goal. In 2022, it is aimed to produce 150 million tons of hydrogen. To increase hydrogen production from water's electrolysis and We want to use electricity from renewable sources. It is aimed to store hydrogen instead of electricity and use it in different sectors. This will be one of the most important advantages of hydrogen. "